Throughout the current year, many expected the Democrat-controlled federal government to pass and sign legislation that would have kept the federal estate tax alive in 2010 and beyond. Although Congress was preoccupied with the health care debate, there were a number of opportunities to make changes to the 2001 law to prevent repeal of the federal estate tax from happening on January 1, 2010; however, all to no avail.

Others believe that Congress will take some action this year to retroactively reinstate the federal estate tax; although there is an argument that a retroactive application of federal tax law would be unconstitutional (such an argument has not been upheld by the U.S. Supreme Court in other federal tax matters). Another view is that Congress will take no action until the mid-term elections in November and if Republicans retake control of Congress this November, it is possible that the federal estate tax will remain repealed for the entire year 2010, with some type of reintroduction in 2011. So as the saying goes: “Stay tuned for further developments…”. 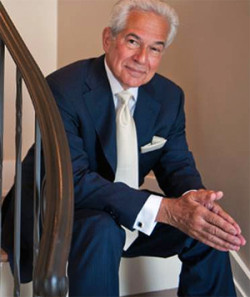